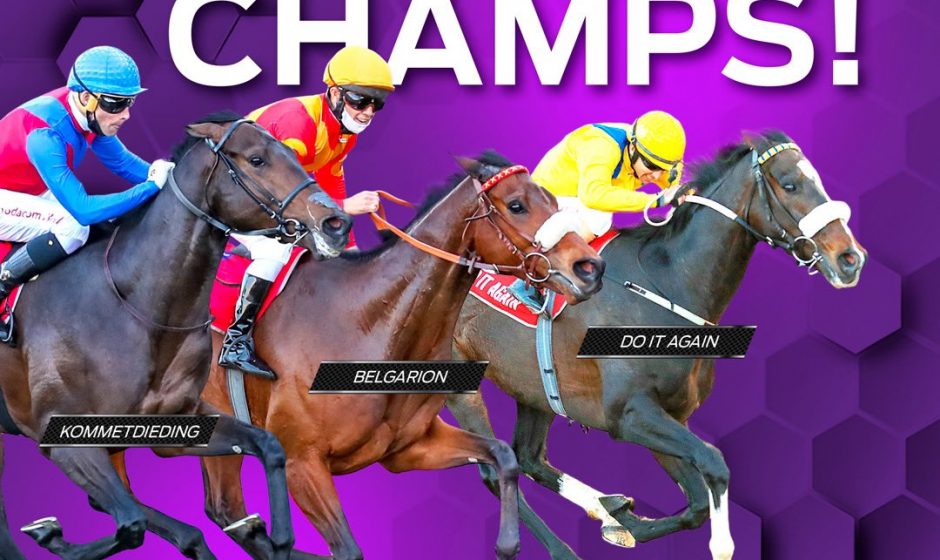 The Snaith attack includes topweight and dual Gr1 L’Ormarins Queen’s Plate winner Jet Dark, as well as two past winners in the ‘old man’ Do It Again (2018,2019) and Belgarion (2020). The latter will be ridden by multiple champion record-breaking rider Piere Strydom, who returns from an injury enforced break to attempt to equal Anton Marcus’ record of five winners. Strydom won the Durban July winners with London News (1996), Trademark (2021), Pomodoro (2012) and The Conglomerate (2016). In the new generation of jockeys, Richard Fourie, who partners Cape Derby star Pomp And Power for Justin Snaith is next best with 3 winners, in Legislate (2014), Do It Again (2019) and Belgarion in 2020. They were all trained by Snaith! Multiple SA Champion and international ambassador Mike de Kock saddles a quartet of July runners, and will be keen to get back on to the illustrious honour roll, having last saddled the brilliant filly Igugu to win in 2011. Coincidentally, De Kock saddles the only member of the fairer sex in the 2022 renewal in the Silvano daughter Sparkling Water, who races in the famous Wilgerbosdrift silks.

Former multiple SA Champion Sean Tarry has won the Durban July twice and his two-handed attack is headed by Gr1 Summer Cup hero Flying Carpet and champion stayer Nebraas, who is a reserve runner. Defending champion Kommetdieding will again be ridden by Gavin Lerena and ‘lucky’ owner Ashwin Reynolds drew gate 13 for his star. Milnerton trainer Dean Kannemeyer has won the Durban July three times and saddles Waterberry Lane who races in a partnership of the late Mike Rattray and his wife, Norma. “I am pleased with the 7 draw. He is a very smart 3yo and nothing would mean more to me than to honour Mike Rattray’s memory and enormous investment in the sport by winning the Hollywoodbets Durban July. If we don’t have a ticket we don’t have a chance and it’s the race that we all want to win,” Kannemeyer told the Sporting Post. SA Champion apprentice elect Rachel Venniker will miss her big chance to show her mettle at her first Durban July engagement from a freak fall. She was going to ride for Gr1 SA Classic winner Red Saxon for veteran Turffontein conditioner, Joey Soma. In what could be an omen, the Soma 3yo drew the same 14 gate as his illustrious stablemate Got The Greenlight in 2021. 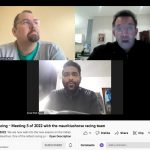 Interview 25-6 with Nico from ClockingTheGallop 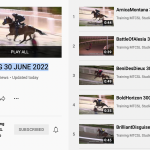