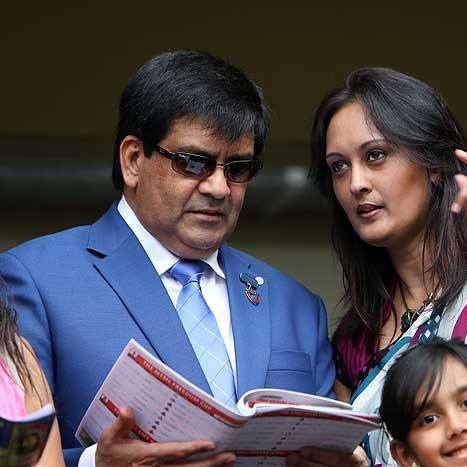 Mr Anil Kumar Ramnarain has this morning been named the new president of the Mauritius Turf Club (MTC). Here he is in the white suit next to ex presidents Mr Kamal Taposeea, Mr Mukesh Balgobin, with the Mr Paul France Tennant and other MTC members. Mr Ramnarain takes the reins of the MTC following the resignation of Jean Michel Giraud yesterday, Wednesday, May 11.

For the new President, “The priority of the MTC is to regain its rights on the Champ De Mars so that the horse racing season can start”.

Rumours inside the MTC claims that last week the newly appointed President clashed with their new acting CEO and the MD of the MTC/MTCSL Mr Jerome Pilot. This was the reason why one of their brightest journalist got suspended for a week for voicing his personal views and anger on his personal Facekook page. You will notice that the MTC/MTCSL Facebook page hasn’t been updated since the 8th May, which he is the admin. Here is the popular article which you can read here. It is worth noting that this article is the most popular article on our website. This same article which Mr Jeanne wrote about this very clash, a truth boom which costed his suspension, one of the best journalist which the MTC is only paying a mere Rs11,000 / $245 a month. The same journalist who has no tool to work with, and must use his own phone for the recording of jockeys and trainers interviews, who is given no unlimited package for important phone calls, nor any transport fees to do his job correctly after numerous emails to the top management.  Who works with other journalists in a terrible setup inside a barely revamped 210 years old office. This clash we are told will see Mr Pilot on his way out now that Mr Ramnarain is the new President. On what ground, what is the motion your honour, where did he faulted?

The CEO and MD who regularly meets with all the staffs, takes 10 minutes to bring the moral of the troops up, promises them to increase their working conditions and salaries like any CEO and entrepreneur would do keep them productive, interested and give them hope. The same CEO who hasn’t been paid for his work since December of last year we are told, yet who took officially his acting CEO /MD of MTC/MTCSL position on the 5th April 2022 without pay to help all other employees first. The same CEO who has spent more time with the entire MTC staffs, from their grooms, to the admin and board members in excess of 1000 of hours. The same CEO who has shown such enthusiasm and received no support from the club ex-President who wanted him out without a disciplinary nor a legal warning of such a prestigious club and public company. The same CEO who had to learn from the press that he was sacked without an official letter let alone a meeting after all what he did for this club.The same CEO who reached out to our company to see how we can evaluate, forecast and come up with an executable profitable plan to bring more revenues from their existing publication and this season race events, which we are also yet to be paid a mere Rs15,000 report which we should have billed in the hundreds of thousand of rupees but did this price in time of crisis to help the club we love so much.

Our company was asked to prepare a Sales and Marketing report for their newly acting CEO and MD who has a finance background and not marketing one, hence why we were approached to provide new solutions for their Sales and Marketing team especially their Racetime publication which is the lifeblood of the MTC now that they have lost the management of their own property usage and rights to the HRD. Well, the sad state of their communication team protocols, with no hierarchy and whom do I report to as well at their Racetime magazine department, is scary to say the least. The report was done to come compensate the already overload work of their CEO/MD which does the work of 10 people. Mr Pilot, is a man of action, and if there is anyone capable to save the MTC and bring integrity of Horse Racing at the Champ De Mars, it is him. He is not only committed to the welfare of all the employees and but most importantly the horses as he is a horse man, he knows them and rides them on the racetrack as a track rider early in the morning, and then jumps into the CEO suit and works up until 11pm if he has to with the other board members and lawyers on the most urgent club legal and financial matters. We’ve seen it, we are there one evening and could only get 10 mins of his time at 10pm that night. He was working with the club lawyers on all the legal issues and hardship from the GRA, HRD and MPL which we reported in our previous articles. Not an easy job and easy challenge especially when your own President(s) wants you out for doing your job too well. All the MTC members should know this, not just the board, but all shareholders and the horse racing fans at large, as all their staffs already knows his worth and heart. His contribution is valued by the employees and the MTC visitors who knows well of him. This is the CEO you want out, who knows the horse, racing and the racetrack better than any other board members. Mr Pilot has been a track rider for two years now and still is.The CEO who can make things happen and get involved at all level, who’s work ethics and integrity are of no match and cannot be tarnished by no directors nor President. This is the CEO and man you want out, just because he now knows too much how this club is operated after just one month, or maybe his vision and work goes against the ex CEO which was to run it to the ground and go broke for the benefits of a few locals members or a new owner?

Why, because this CEO who now knows all the internal issues and who has all the competences and the right plans to bring real changes, which must start with a good clean cpu inside the club own back stabbing staffs, and bring new blood to raise the bar and save this sinking ship and wreck to be real soon. Unless, those now in control do not wake up, they will not just loose one CEO/MD but they might loose an entire team and be left to make their own coffees with no milk nor sugar.The Club’s employees welfare, and the horses welfare, the jockeys safety and of the public are your priorities here. Must we remind every one of the death of N.Juglall last season? Will this year bring another dark event to the MTC again? By acting like that you are certain to bring bad and negative vibes and events (karma) to your own person and to the second oldest horse racing club in the Southern Hemisphere. Then, comes the much needed upgrading of all staffs’s: salaries, working conditions, necessary technical tools in all departments, together with the renovation of the club infrastructures. All this can only be achieved with a new solid business and marketing plan, news revenue generating ideas to save the MTC from becoming another left to die entertaining wreck. That should be your priories Mr the President and honorables members of the board.To work all in hand to make this happen is your priority. Then you will have all won and save the MTC. Should Mr Jerome Pilot is removed from his duties without reason, nor salaries this will see another scandal and more legal battle for the MTC/MTCSL which no-one wants nor it can afford.If the board of the MTC doesn’t want young bloods like Mr Pilot and Mr Jeanne who both have the courage to take on such challenging roles in such poor working conditions. Well, enjoy the last year of running to the ground this once prestigious club until the betting magnate or the government claims it for peanuts or why not for one symbolic Rupee like they did for the BAI assets. From our end, where we are sitting from and having reported on the sad state of affairs inside of the MTC, we see no moving forward if they will remove the young bloods from the MTC, and this goes for both Mr Jeanne and Mr Pilot both doing their work in the worst possible conditions, with zero communication from a broken hierarchy inside the club which is only operating on a protection and favouritism system which is now on life-support.

Let’s agree with Mr Merven now, what a sad day for the MTC if their own ex and new Presidents cannot see the value that their own staffs like their new CEO and sole journalist who is capable of maintaining a decent Facebook page whom both brings so much to their club. And this is only two key staffs, we have so much more on others to share which we will have to keep as the events unfold. And do not worry we do not need our payment as we know most probably like your staffs are saying that if there is no payment at the end of this month they will all leave. Then we will see how you manage an empty club without any loyal staffs. Lets us all wait to hear it in the news next what will be their fate, and next move. This is not how you treat your CEO/MD and own employees, nor is it acceptable that tThey all must rely on the other local news to learn who is their new President, who gets the door and worst whom do they report to?

Good luck Mr Ramnarain, and to the entire MTC board, 2022 won’t be an easy presidency and racing season, that you can bet on it if this is how things are inside your own club.

We are speechless to say the least. 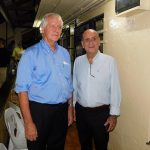 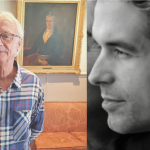