MauritiusHorse.Racing > MHR > SOUN GUJADHUR MEETS THE PM AND SAYS HE IS OPTIMIST FOR THE START OF THE SEASON 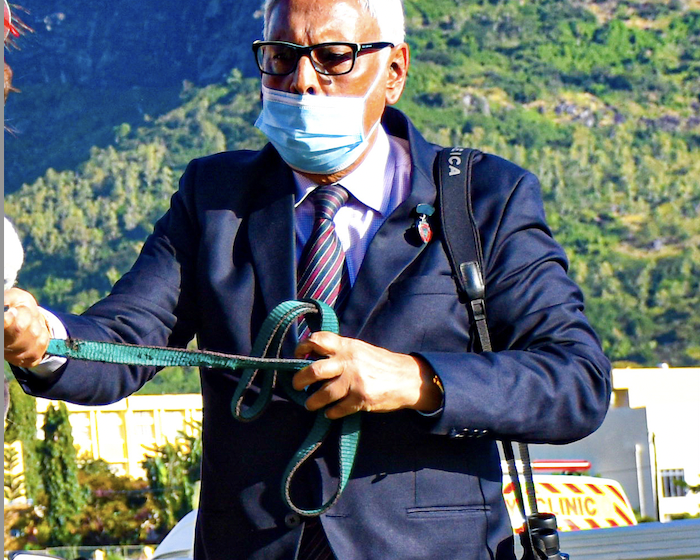 Last month after the never ending power struggle between the GRA/ HRD vs MTC/MTCSL where the staffs were welcome by the sad news that the MTC/MTCSL lost the lease and the control of the racetrack of the Champ de Mars, the prestigious and most respected trainer in Mauritius, Mr Soun Gujadhur said these words on the radio:

“It is the beginning of the end.”

Rumours started spreading fast that the oldest stable on the island was going to put the keys under the mat. An unimaginable situation and worst nightmare for all their racing fans, the entire industry and the horse racing world at large.

During another local TV interview done by TOP FM, Mr Soun Gujadhur mentioned that, he had already told all his staffs he was considering closing shop if the situation did not settle and he had some serious decisions to make and that the sole person to help this nightmare situation was the Prime Minister.

Well, this week, Mr Soun Gujadhur came out to say he was optimist after meeting the PM, that if nothing was done immediately that more incident (riots) would occur in Mauritius. It is worth noting that several riots around the island broke out a few weeks after the anger from the Mauritian people who created blockages, burned tires, police cars and even threw cocktail molotov’s onto police after the petrol and gas prices went up again.

A young man was even hit from a real bullet which police fired onto the crowd. Luckily that this father did survive from severe injury and did not die. An unthinkable self defence response from the police who could have fired in the air as a warning; so to scare all the rioters. Else history would have repeated itself, and we would of all re-lived the 1999 social riots which held up for four days of national emergency. A dark event which occurred from the anger of all Mauritians from the death of the Reggae singer Kaya, a popular rasta singer who died suspiciously inside a police cell from police brutalities.

Mr Soun, reminded again the authorities that horse racing was the sport that unites the social status of this nation and must start immediately in the best of conditions for all parties and most importantly for all those who enjoy their sole passion horse racing.

This was his quote in the famous HorsesCircle.com blob a fews year ago:

“It unites them [island]regardless of your social status.”

He also mentioned that, all this was likely premeditated and should have been avoided, and that the horses, trainers and the MTC/MTCSL staffs, and the entire racing fans and industry will surfer dearly.

This public claim puts all the employees and political nominees of the GRA/HRD/Municipality of Port Louis in hot waters and ejectable seats.

It is clear who are the villain here trying to get away from these illegal practices which again comes tarnish a government on its way out.

The most respected horse trainer and man who featured in so many global horse racing magazines and blogs who’s wise words must be listened and respected.

Here are more articles from our partners RacingAndSports.com:

Well, we must thank the most admired and respected trainer from the Champ De Mars  who is known world wide for his passion, and to have built the most successful stable in Mauritius and who is also very active in South Africa with horses racing there may have saved the future of racing in Mauritius.

MauritiusHorse.Racing and all partners want to thank him very much for his straight forward words on this situation, and for his actions with the PM. The entire team wishes him and his Gujadhur stable a great 2022 season and we look forward to his interview on our next magazines soon. 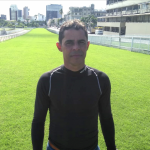 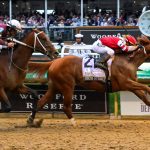