The very same government authority which is supposed to regulate the gambling sector in Mauritius now wants to organize online betting. Last February they put out a tender for local and foreign online betting and gambling companies to come with masterplans to control so called “money laundering”, and these companies had until the 27th March to come forward with a proposal.

These two articles below claim that these new amendments to the law will be ready to start soon. Who is penalized again here? You guessed it, the Mauritian punter again, as they will not allow any Mauritian to bet online as this is against the law.Yet their own ministers and partners in crime, involved in illegal betting scandals are walking the street freely, exposing their unexplained wealth with their expensive cars, clothes and sunglasses.

These perfect crime partners are disguised under the law to protect the integrity of gambling. You bet! You could not make this shit up! Yet it is reality, the Mauritian people are sick of such corruption which will destroy horse racing. We know very well who are the players wanting to control everything here in Mauritius. Neither are they hiding their plan. The genie is out of the bottle.

The online gambling regulator masterplan is clear. Yhey want to regulate, implement and control online betting. The same authorities who claim to regulate when they dictate and can amend the very laws put in place to protect the punters, yet are made to only protect and benefit only themselves and their close partners. Or do they want us to believe that they aren’t involved in generating more profits for themselves here?

“A government regulator cannot operate and profit from the same industry they are supposed to regulate themselves.”

After failing poorly at managing physical casinos, and destroying this globally renowned profitable entertainment, the Gambling Casino sector. Mauritius is the sole country on earth where they cannot make any profit from their own government owned physical casinos which only comes down to poor management, internal fraud, a lack of vision, casino knowledge, pure incompetence, or money laundering – period. The same regulator is now going after the online betting for both online casino and now horse racing. If this is not a red flag, a huge conflict of interest and an invitation to go back on the black list we just got out of, well good luck trying to convince any international institutions that you are not biased and independent here.

Again we clearly see here, that the regulator declares that we shall become the new gambling operator disguised under: “the law.” The same laws they keep amending and messing up their own plans, as they have done with the horse racing industry. As if we are all blind and too dumb to not understand and see their not so hidden agendas and plans here. If the Mauritian people, gamblers, bookmakers, horse racing owners keep accepting such mal-practices which have already destroyed their own government casinos (probably their biggest money laundering machine to date), now they want the entire horse racing industry and the Rs6.2B revenues it generates under their control; using the Horse Racing Division as it’s butcher backed by the Parry Report as an excuse to come in and further tarnish and let us put it in the right sentence and claim: “to fix and kill horse racing and take out the MTC/MTCSL for their own interest.”

For those who haven’t read the Commission of Inquiry on Horse Racing in Mauritius,  known as the Parry Report, here it is:

Let us remind everyone here, of the biggest gambling scandal involving the protected government Attorney General and ex-minister connections in the Bet365 affair, for which no one has been prosecuted to this date.

We will refer you to these two articles which back in 2017 made headline news for this Bet365 affair involving then, the General Attorney and ex- Minister at the time, and his partner in crime who turned against him to save his own skin. The same Attorney General where his current LinkedIn account still mentions that he is the attorney general. How beneficial for him to claim such status. https://mu.linkedin.com/in/ravi-yerrigadoo-5838788  Isn’t it illegal to claim that, when you are not the actual Attorney General?

Anyhow, these two articles below will give you a taste of what we have to deal with here on paradise island under the ruling of the symbol of the sun, or the key every 5 years which only one word speaks the truth here – corruption.

Corruption is their sole mission, they only put in place masterplans to deprive hard working people of their own IP’s, a constitutional human right to work and to protect their IPs. Their sole purpose is to destroy anyone or any club who oppose stheir unconstitutional amended laws, to only dictate and to steal others IPs, and private property. Sounds familiar here, BAI bis repetita?

There is a lot of conflict of interest here, with the HRD and MTC/MTCSL IPs the right to freely exercise and profit from the industry it has built on for 210 years to have its own regulator attempt to steal their property IPs, a scandal which the authority and the regulator seems surprised that they are not in the wrong, nor do they want see that, or are they too blind to see? We believe they want every horse racing stakeholder here to remain silent while a day light robbery just like the BAI is unfolding for the second time, done by the same authorities in the name of protecting horse racing integrity and saving the people from mal-practices in once experienced.

Horse racing and all its stakeholders are in a very bad situation and its future is uncertain with such determination from the authorities to control everything, even where all Mauritians can bet from. If all the past gambling scandals involved their close connections are enough proof that, they are doing everything to control everything here, in the horse racing context last week scandal from the HRD imposing 25 conditions which were refuted by the MTCSL board, there sole mission is to kill the sole racing organizer for 210 years which is a clear indication of their malicious mission to hand horse racing to a second race organizer, The Peoples’ Turf  (what a terrible name and brand).

They are now attacking the very private club MTC turned public company MTCSL who built the only sport that unites a nation which represents a Rs6.2B industry. They are now directly attacking anyone who opposes their unconstitutional amended laws to only dictate and to steal others IPs. This article so well written by Me Nazroo which explains in what a mess we are in Mauritius, the proof of their capacity to un-manage, un-regulate and un-implement the very same laws they keep bending and breaking the laws themselves.

If we allow this to carry on, we are going to be left with nothing but a closed Champ de Mars and them trying to keep the profit of the online betting companies run and only approved by the GRA. Just like empty casinos which they only keep open despite losing money each year, which we all know they only use for their own money laundering. The message here for the horse racing stakeholders is clear. They don’t want just a mere 14% betting tax, >Rs700M is not enough when it represents a Rs6.2B. They want 94% of it, and their attempt at regulating online gambling revenues is a clear indication of how far they are willing to go to get it.

They want their new online partners to regulate, profit and dictate the entire gambling industries. Not fair competition, when the very mafia is in bed with the government and can manipulate the laws for their own benefit and profits. When a government authority and division does what they want, we are certain to end up with yet another scandal to be revealed to the Mauritian people which is the sole human race which forgets and forgives too softly and easily.

But this time, will they forgive the end of horse racing? We don’t think so. What a clown’s show! The government authorities and their protected political nominees are openly lying and challenging the very same laws they themselves are supposed to apply and keep amending and breaching themselves. IP and Property theft is a constitutional right – do not forget this legal part.

The end of the story is that the Mauritian Horse racing stakeholders, the horse owners, trainers, and the fans will pay for their illegal unconstitutional laws and determination to control everything.

Like Mr Soun Gujadhur, the trainer of the oldest stable in Mauritius said on a popular radio station: “C’est le debut de la fin – It’s the beginning of the end. They cannot enter in someone’s property, and use freely their infrastructure and services” and he is 100% right.

We are for racing without government interference, red tape which deprives the Mauritian people from enjoying the most popular sport in Mauritius, which reaches 500,000 households and which helps so many make ends meet with a little win here or a place accumulator there or a pick 4, pick 6 or pick 8 won each week.

Your role is to regulate gambling in Mauritius from illegal and unfair gambling practices, your role is not to steal the sole horse racing organizer’s IP’s, and try to make the public believe it is yours without compensation, and to dictate to a public company how to operate a business with such unacceptable racing conditions which are only in place to destroy the 210 years old horse racing organizer with experience which is now by default only a racecourse manager which the MTC/MTCSL and no more a racing organizer.

Let the MTC/MTCSL staff operate, give their executive and the club their licenses to open le Champ de Mars to the general public and let the people enjoy their horse racing. So many patrons, punters are all dependent on horse racing in Mauritius. Let all Mauritians profit from this industry they love so much and need so much to live and enjoy, to shout, to cry and let out their anger and express their joy each Saturday. To oppose all the above will be the end of this government, the regulator and HRD short lived illegal power grab and their political careers. The only one doing politics here is your political nominees (our employees elected by us the people who pay your monthly salaries) and not the MTC/MTCSL as they are not a political party, but a stripped-naked racecourse operator deprived from operating races they created. The horse racing industry is not your property, it belongs to all the Mauritian horse racing fans and their stakeholders, from whom you already collect 14% betting taxes each season, one of the highest betting tax rates in the world. 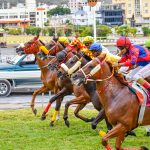 Mauritius Races are Off, until the court decides its Future 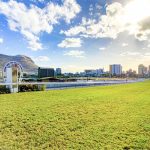 MEETING BETWEEN MTC/MTCSL, GRA/HRD WITH OWNERS AND TRAINERS – THE GRA & HRD ABSENT