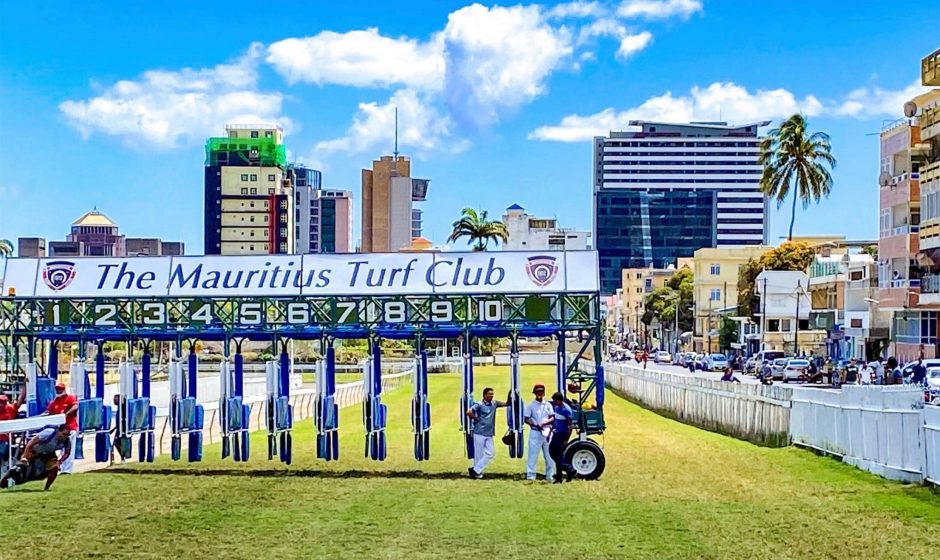 The situation is worsening every day that passes for the Mauritius Turf Club (MTC) and the MTC Sport and Leisure Ltd (MTCSL). We learnt last night that the People’s Turf PLC (PTP) now has entered into the race to obtain the lease for the Champ De Mars has cast doubt on the date of the start of the season.

This will have several direct impacts on:

1- The salaries of Turf Club employees.

2- The start of the season which can be delayed again.

3- The future of the MTC/MTCSL has a racecourse organiser, which accepted to become a racecourse manager, but now without a track will have to obey to the new masters in charge with their new conditions.

“We did everything to get the races started as soon as possible,” said Paul France Tennant.

He alludes to the resignations of Jean Michel Giraud and Anil Kumar Ramnarain from the Board of Directors of the MTC, who seem to be bothered by their proximity to the political parties of the opposition. The MTC even went to seek Me Maxime Sauzier, former elected deputy of the MMM/MSM alliance during the general elections of 1991, to sit as independent director of the MTCSL. The MTC/MTCSL is ready to accept all the conditions set by the Gambling Regulatory Authority (GRA) for obtaining the license of Horse Racing Organiser (HRO) which the GRA/HRD are in fact the horse racing organiser themselves. They regulate, they dictate who does what and who can ride here and now who can operate the Champ De Mars racetrack without experience or know-how. A 210 years old horse racing organiser with the highest records or a new comer with zero experience who claim to have a professional team. Organising what races, have you?

Last week, the MTC made a request to the Ministry of Lands and Territorial Planning to obtain the Champ De Mars lease after the Municipality of Port-Louis terminated the initial lease of the MTC which was to end in 2028. This affair is currently in court and we will have to wait for the judge and court to decide on this day light robbery and another national scandal, the planned.

“We don’t know why it’s taking so long. We were told that this file would be treated as a priority. With the file lagging behind, we are not sure to start the season before the end of May. This will be a big problem since we will have to find money from banking institutions to pay the salaries of employees. It is for them that I worry the most, ”added Paul France Tennant.

The situation has become even more worrying for the MTC since the People’s Turf PLC (PTP) applied for the use of the Champ De Mars on Tuesday. “It is certain that there is a fear that we will not obtain the lease for the Champ De Mars. We are not there for the moment and I hope that the situation will settle down as soon as possible, ”he added. According to the information gleaned, the MTC would stand ready in case the lease is granted to the PTP. The MTC would be ready to work together with the PTP, but not at any price. “There should not be abusive conditions. It would have to be a win/win situation and the races could start as soon as possible,” declared the new President of the MTC to the press this morning.

Well, all this will see the MTC/MTCL reduced to been a racing puppet at the mercy of their new masters. We don’t see this ending well at all. The season could well be in jeopardy if such players comes narrate to the 210 years organiser how to do things, when themselves are novices. What a great way to kill 210 years of horse racing and all its heritage. Those who have participated in this premeditated murder of the MTC and horse racing will forever be remembered. Now the expected, the authorities will have 300+ and 4000 families to answer to comes end of the month when salaries are not met. The fault of whom, those who planned and stole this election and now the Champ De Mars track which the MTC has a 20 years lease valid until 2028. BETAMAX 2.0 on its way, let the court decide. We fear that the MTC will  not accept any of their conditions and dirty games to obtaining their 2022 license, which they could not get because of the no track basis for refusing their payment, now what next? The MTC/MTCSL will work with the PTP who has the right to the track on what basis? What merits? Only their political affiliations?

There is no saving the MTC or horse racing in Mauritius at this point. There is only the refusal to comply and participate in their own day light robbery. Seeking international help and making the highest horse racing authorities aware of the ongoing crimes against the MTC, the industry, the horses and let the horse racing world know of such hostile actions. This is a must, all should rise not just Mauritians horse racing fans and stakeholders. The PTP should never be recognised as a horse racing organiser, by whom? A failed government and authorities which only wants to  profit from horse racing in the name of making it cleaner with a bookmaker in his corner pulling the strings. This is horseshit. The Mauritian people are not stupid, nor the international horse racing communities. Just go read all the comments on Facebook to read the truth and the people wishes. They all want horse racing back the way it was, organised by the MTC and no-one else. We can smell another big government failure and a huge disaster for all stakeholders in the industry just around the corner. This clown show is now entering in the final straight. Will it be the MTC or the PTP who will cross the finish line. Will the favourite to win, the one with 210 years of experience will be beaten by the no racing experience outsider backed by the Authorities?  This week closing act will be fatal to one or both. 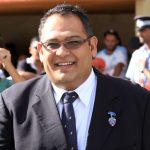 HORSES FROM THE ALLET YARD ALL IN GREAT FORM 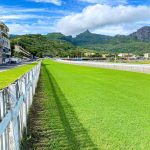