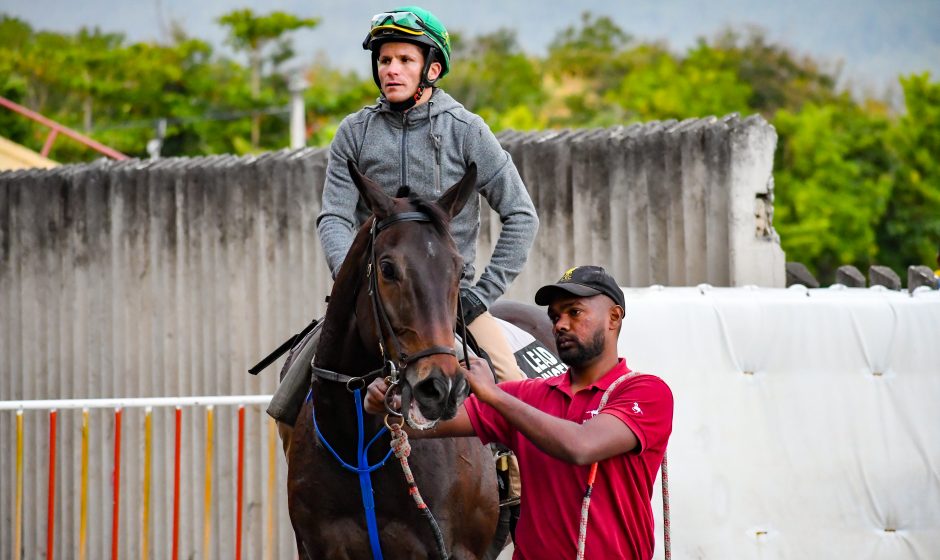 This morning’s session is very interesting with around fifty horses setting off in view of the race weekend which is looming on the horizon. Many of them attract attention and have a very interesting time. Among the interesting facts, we note that Jose de Souza is in the saddle on Shah Akbar, the mount of Ramapatee Gujadhur, with whom he will most likely be in the saddle during the 2nd round of the 4-year-old Championship. 𝗠𝗮𝘀𝘀𝗶𝗺𝗼 breathes health. Accompanied by Jose de Souza, he rushes pleasantly over 200m where he achieves 11.30s. 𝗦𝗽𝗶𝗿𝗶𝘁𝘂𝗮𝗹 𝗪𝗶𝗻𝗱 springs freely over 200m after passing the goal in 12.21s. He has Rakesh Bhaugeerothee on his back. 𝗝𝗮𝘆𝘀 𝗗𝗮𝗻𝗰𝗲𝗿 is not in bad shape. He rushes over 200m in 12.10s. It will improve further after a gallop of races. 𝗠𝗮𝗻𝘁𝗲𝗿𝗶𝗼 looks set to debut, even though he hasn’t reached his best form. He rushes over 200m in 12.20s. He will certainly improve further after his first race. 𝗠𝗶𝗹𝗹𝗶𝗼𝗻 𝗗𝗼𝗹𝗹𝗮𝗿 𝗠𝗮𝗻 has lost none of its very good condition. He continues to put in good times. In addition, over 200m, he achieves 11.06s, accompanied by Jose de Souza. 𝗖𝗮𝗽𝘁𝗮𝗶𝗻 𝗚𝗮𝗿𝗲𝘁𝘁 looks better in terms of its condition. He achieved a very good time over 200m, ie 11.66s. 𝗔𝗯𝘀𝗼𝗹𝘂𝘁𝗶𝘀𝘁 is resplendent with health. With Jose da Silva on his back, he covered 200m in 12.09s. This time could be the right one. The last race of 𝗚𝗮𝗻𝗴 𝗟𝗲𝗮𝗱𝗲𝗿 is to forget. He had pulled a lot for a good part of the race. This courier trained by Amar Sewdyal is very good and he applies himself during his sprint where he achieves 11.41s. 𝗛𝗮𝗸𝗲𝗲𝗺 took its first outing well. He won in condition. Moreover, working on 200m, he realizes 11.35s. 𝗛𝗶𝗴𝗵 𝗩𝗼𝗹𝘁𝗮𝗴𝗲 is very comfortable working on 400. Accompanied by Jose da Silva, he achieves a very good time on 400m, i.e. 23.70s. Accompanied by his rider, 𝗫𝗮𝗻𝘁𝗵𝘂𝘀, who gained in condition following his first victorious outing, rushed over 200m in 11.07s. The pass of two is more than possible for him. It would be interesting to follow the first release of 𝗕𝗶𝗹𝗹𝗶𝗼𝗻𝗮𝗶𝗿𝗲. This new acquisition trained by Patrick Merven attracts attention during his 200m sprint. Moreover, he achieves 11.07s. He is accompanied by Anthony Andrews. 𝗔𝗹𝗮𝗺𝗲𝗲𝗿𝘆 is in better shape following his first warm-up. He is comfortable during his exercise over 400m where he achieves 24.42s.

Led by Dinesh Sooful, 𝗠𝗮𝘀𝘁𝗲𝗿𝗼𝗳𝗮𝗹𝗹𝗶𝘀𝘂𝗿𝘃𝗲𝘆, who is in very good spurt condition over 200m after passing the goal in 11.53s. He is accompanied by his jockey. We will have to reckon with him on his next attempt. 𝗦𝘂𝗽𝗿𝗲𝗺𝗲 𝗘𝗹𝗲𝘃𝗮𝘁𝗶𝗼𝗻 is not bad in terms of condition. He is very comfortable when working on 400m where he achieves 23.58s. It is exercised freely. Equipped with side-winkers and a tongue-tie, 𝗦𝗵𝗮𝗵 𝗔𝗸𝗯𝗮𝗿 is in very good condition. He spurted over 200m in the excellent time of 11.25s. He will be a hard bone in the second round of the 4-year-old Championship. 𝗖𝗵𝗼𝘀𝗲𝗻 𝗪𝗮𝘆, even though he has not yet reached his best level, leaves a good impression during his spurt. He covers 200m after passing the goal in 11.88s. 𝗭𝗶𝗴𝗶 𝗭𝗮𝗴𝗶 𝗭𝘂𝗴𝗶 is in good condition. Spurting freely over 200m, he clocked 12.09s. 𝗜𝗻𝗻 𝗔 𝗠𝗶𝗹𝗹𝗶𝗼𝗻 wasn’t bad in his comeback race. He is in better condition this time around. Moreover, he spurts over 200m in 12.18s. 𝗝𝗮𝗺𝗲𝘀 𝗣𝗲𝘁𝗲𝗿 breathes health. He is very comfortable during his 200m spurt. His time is 11.38s.

𝗭𝗶𝗴𝗶 𝗭𝗮𝗴𝗶 𝗭𝘂𝗴𝗶 is in good condition. Spurting freely over 200m, he clocked 12.09s. 𝗜𝗻𝗻 𝗔 𝗠𝗶𝗹𝗹𝗶𝗼𝗻 wasn’t bad in his comeback race. He is in better condition this time around. Moreover, he spurts over 200m in 12.18s. 𝗝𝗮𝗺𝗲𝘀 𝗣𝗲𝘁𝗲𝗿 breathes health. He is very comfortable during his 200m spurt. His time is 11.38s. 𝗘𝗮𝗴𝗹𝗲𝘀 𝗩𝗶𝘀𝗶𝗼𝗻 took its first outing very well. Led by Girish Goomany, he clocked 11.91s over 200m. Praveen Nagadoo’s courier is wearing blinkers. He is a courier who could win again. 𝗕𝗮𝘁𝘁𝗹𝗲 𝗢𝗳 𝗔𝗹𝗲𝘀𝗶𝗮 took his first outing of 2022 very well. Spurting freely over 200m, he achieved the good time of 11.59s. He could improve his rank this time around. 𝗧𝗿𝗶𝗽𝗼𝗱 seems good about himself. He leaves a good impression over 200m where he achieves 11.77s. Do not forget that it is a steed that runs well on its freshness, despite being a bleeder. 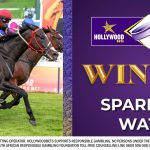 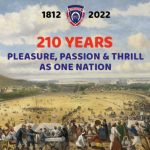