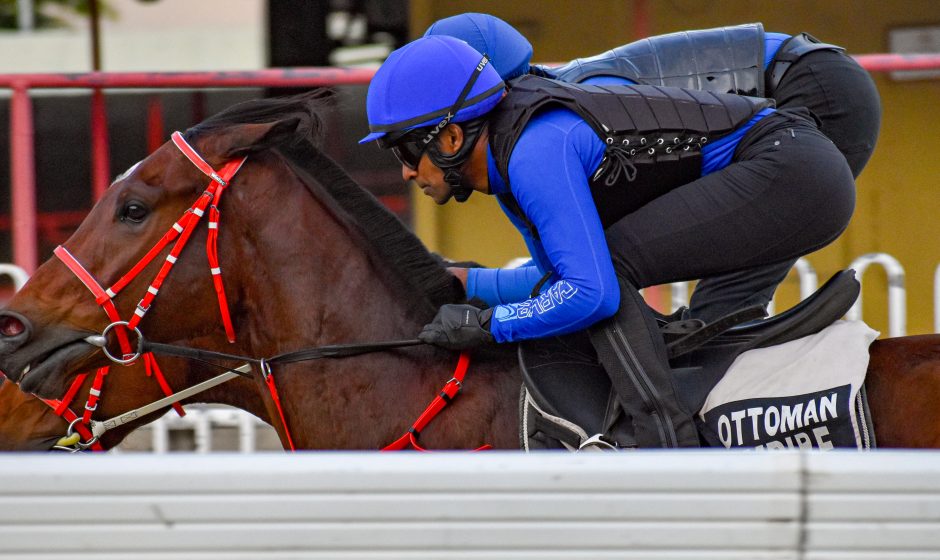 Three days before the first day, around thirty horses went to the track to gallop. As is the case every Wednesday, it is mainly the horses of Preetam Daby, Rameshwar Gujadhur, Simon Jones, Ricky Maingard, Alain Perdrau or even Raj Ramdin who go to the track. Notably, Chase Maujean is in the saddle on the horses of his employer. He is the only foreigner there.

Fort McHenry (S.Bhundoo) and Benev (N.Marday) came under the rule of Raj Ramdin. They are the authors of a correct gallop over 400m where they achieve 24.10s. Instinctive Power (N.Marday) is attracting attention this morning. Working on 600m with Gontravelin (S.Bhundoo), he achieves 36.18s. He is a steed worth following this year. Stopalltheclocks (S.Bhundoo) looks completely reinvigorated this year. Exercising with Brilliant Disguise (P.Mogun), he clocked 34.29s. The best is expected from him.

Al Aasy (R.Ramjeeawon) is bursting with energy. He’s in great shape and spurts freely over 200m in 11.53s. Nourbese (R.Joorawon) is in very good condition. Exercising with Afdeek (T.Ladouceur), he is very comfortable over 400m where he achieves 24.22s. Eurotec (B.Ecroignard) and Travelin Man (M.Teetan) exercise boot to boot over 200m. Their time is 11.72s.

One of the entries for this first day, Doublethink (C.Maujean) is in good condition. He is very comfortable over 200m, clocking 11.58s. Yankee Force (C.Maujean) wears a beautiful dress. Galloping over 400m, he clocked 23.93s.

Master Mariner (K.Ramsamy) seems good about himself. Exercising with The Gypsy King (Y.Sookhee), he spurts over 200m in 11.62s.

Sad end for Yankeedoodledandy. Following a heavy fall this morning, he was seriously injured. Deemed irrecoverable, he was euthanized.

By Brave Tin Soldier out of Bansela, this 8-year-old bay gelding has been very consistent on our turf, winning 3 times and placing 14 times in 25 outings. His last victory was won on his very last outing, on the 29th day, relegating Jacalac by 0.20L at the finish.

Follow Suit did not last long with us. A 4-year-old bay gelding by Pathfork and Suedette, he was definitively retired by his trainer, Alain Perdrau, to whom he had been transferred during the off-season.

This courier has shown us quality during his outings. In 6 races, he may not have won, but he still placed 3 times, coming close to victory on two occasions. His best performance remains on the 36th day when he finished just 0.20L behind Gordonstoun under the leadership of Abhishek Sonaram. It has only evolved under the colors of Preetam Daby. 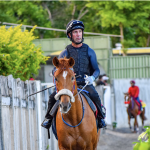 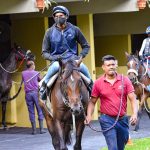