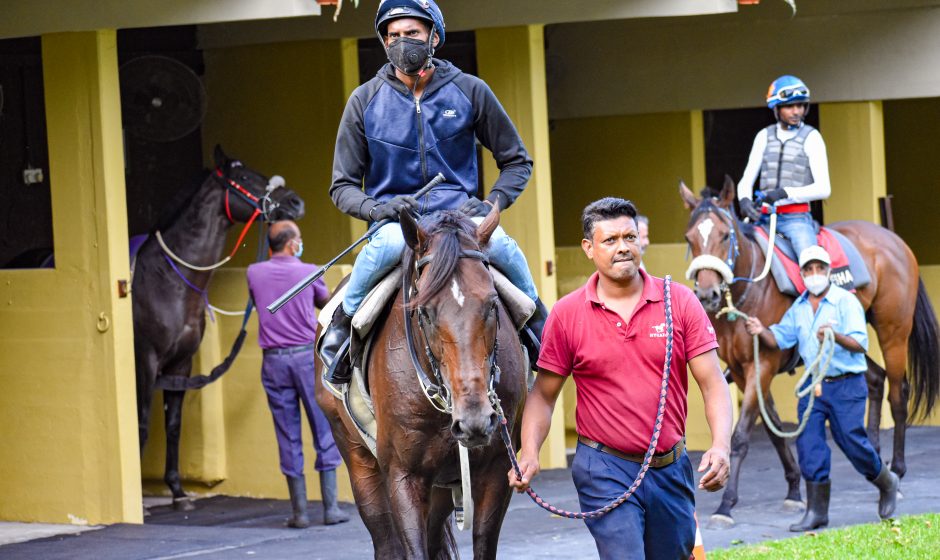 It rained a little this morning at the Champ de Mars racecourse, but this in no way disturbed the training session which was very interesting with no less than 157 horses that ran at a high pace. Among the facts to report, we note that Simon Jones has finally started galloping with his couriers. Note that this is the record number of gallops for this year 2022.

Seven Colors (T.Juglall) seems to be finding himself little by little, he who has not raced in competition for a while. Exercising freely, he completed the last 400m in 24.48s. Liverpool Champ (T.Juglall) is a completely different horse since he came under the rule of Shirish Narang. Galloping over 400m with High Key (J.Allyhosain), who is equipped with a headband and side-winkers, he achieves 22.55s. The best is expected from him. Pietro Mascagni (T.Juglall) is the author of a very interesting work on 600m. Galloping with Culture Trip, he achieves 35.77s. Your Pace Or Mine (J.Allyhosain) is in very good condition. What’s more, he is very comfortable during his 800m exercise, clocking 48.42s. Manetheren (J.Allyhosain) is resplendent with health. Exercising over 600m, he panics the stopwatch, realizing 34.78s.

Blackburn Roc (E.Migale), even if he is not yet at the best of his abilities, leaves a good impression during his exercise over 400m. He achieves 24.43s. Rule The Night (B.Sooful) exudes health. Exercising freely over 400m, he clocked 22.42s. It is a courier completely found that we will see again this season. Al Madhar (B.Sooful) took advantage of the off-season to improve his condition. Working on 600m, he achieves 35.14s.

Man Of Property (R.K.Chumun) continues to perform well in training. This pupil of Patrick Merven exercises pleasantly over 600m in 34.63s. Arlingtons Revenge (G.D.Aucharuz) and Zo Lucky (R.K.Chumun) practice boot to boot over 600m. They set an interesting time of 35.28s. Tyrian (R.K.Chumun) has posted some good lap times lately. Working with Betathantherest (G.D.Aucharuz), he clocked 23.16s over 400m.

Emerald Band (D.Bheekary), even if he can improve further on the level of the condition, is well in his skin. Exercising over 400m, he achieves 23.13s. Equipped with side-winkers and a noseband, Talisman (D.Bheekary) leaves a very good impression during his exercise with Canary Island. He spurts over 200m in 11.09s.

Desert Illusion (N.Marday) exudes health. Exercising with Pop Icon (S.Bhundoo), who is also in good condition, he works on 600m in 34.74s. Coup For Lute is very comfortable galloping with Moroccan Retreat (N.Marday). Exercising over 600m, he achieves 35.51s.

Seattle Kid catches the eye during his work on 1000m with Sea Dance. He achieves 1.00.41s and deserves to be watched on his first outing.

Jet Stream leaves a good impression during its gallop in the company of Times New Roman, which even has some difficulty keeping up with the pace. Over 800m, he achieves 47.00s.

Watch Me Dad is in very good condition. Exercising with Alpirod, he finished the 400m in 23.07s.

Double The Fun is bursting with energy. Working with Sockeroo, he completed the 600m in 34.82s.

The Byzantine has lost none of its superb condition. Galloping freely over 600m, he clocked 36.12s.

We were treated to two barrier trials this Tuesday morning. In the first, Nevil Mu (B.Bhaugeerothee – Blue), equipped with blinkers and a drop noseband, short boot to boot with Whipping Boy (P.Knuckey – Red – side winkers and noseband) up to 400m from the arrival where he takes the advantage over the steed from the Gujadhur Stable to dominate him at the finish.

In the second, where there are three participants, the ghost Bells Apostle (T.Juglall – Green – blinkers and noseband) is the fastest to lead the debates ahead of Moon Jumper (P.Knuckey – Red) and Million Dollar Man ( I.Taka – Blue). The latter proved to be the most impactful at the end of the race to take the measure of Moon Jumper while Bells Apostle finished 3rd. 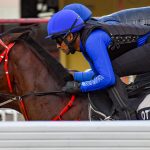 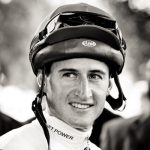